(New York, USA: 1st October, 2021) The Most Influential People of African Descent (MIPAD) Recognition and Awards Ceremony, following the opening of the 76th United Nations General Assembly, on Sunday, Oct 3rd will recognize outstanding personalities and high achievers of African descent from around the world for their positive contributions.

The ceremony which is sponsored by WarnerMedia News & Sports will be hosted by Zain Asher of CNN and will have in attendance young global leaders and prominent individuals amongst other high-profile nominees and honorees.

“We are particularly excited to begin the relationship this year when MIPAD is engaged in activities relating to the UN Year of the Creative Economy,” said Johnita Due, SVP and Chief Diversity, Equity, and Inclusion Officer for WarnerMedia speaking on the partnership, who went on to say, “We are thrilled to partner with MIPAD in recognition of the remaining three years of the UN’s proclaimed International Decade of People of African Descent to support the contributions of people of African descent worldwide.”

Kamil Olufowobi, Chief Executive Officer, MIPAD, said that the global lists are in continuation of the group’s effort towards highlighting and showcasing the positive contributions made by people of African descent worldwide.

“MIPAD working in support of United Nations and in partnership with a leading global media company like WarnerMedia sets the stage for us to further amplify global black narratives to showcase the many untold stories of our struggles and triumphs in every corner of the world, sometimes in unexpected places and high positions,” he added.”

The ceremony from the studio in New York will be streamed to a global audience with live-viewing around the world in cities like Dubai, São Paolo, London and Lagos.

Congratulations are in order to the Class of 2021 honorees for their outstanding contributions and service towards the advancement for people of African descent worldwide.

The global Gathering of Class of 2021 honorees is scheduled for March 25th 2022 at MIPAD 5th Anniversary Gala. 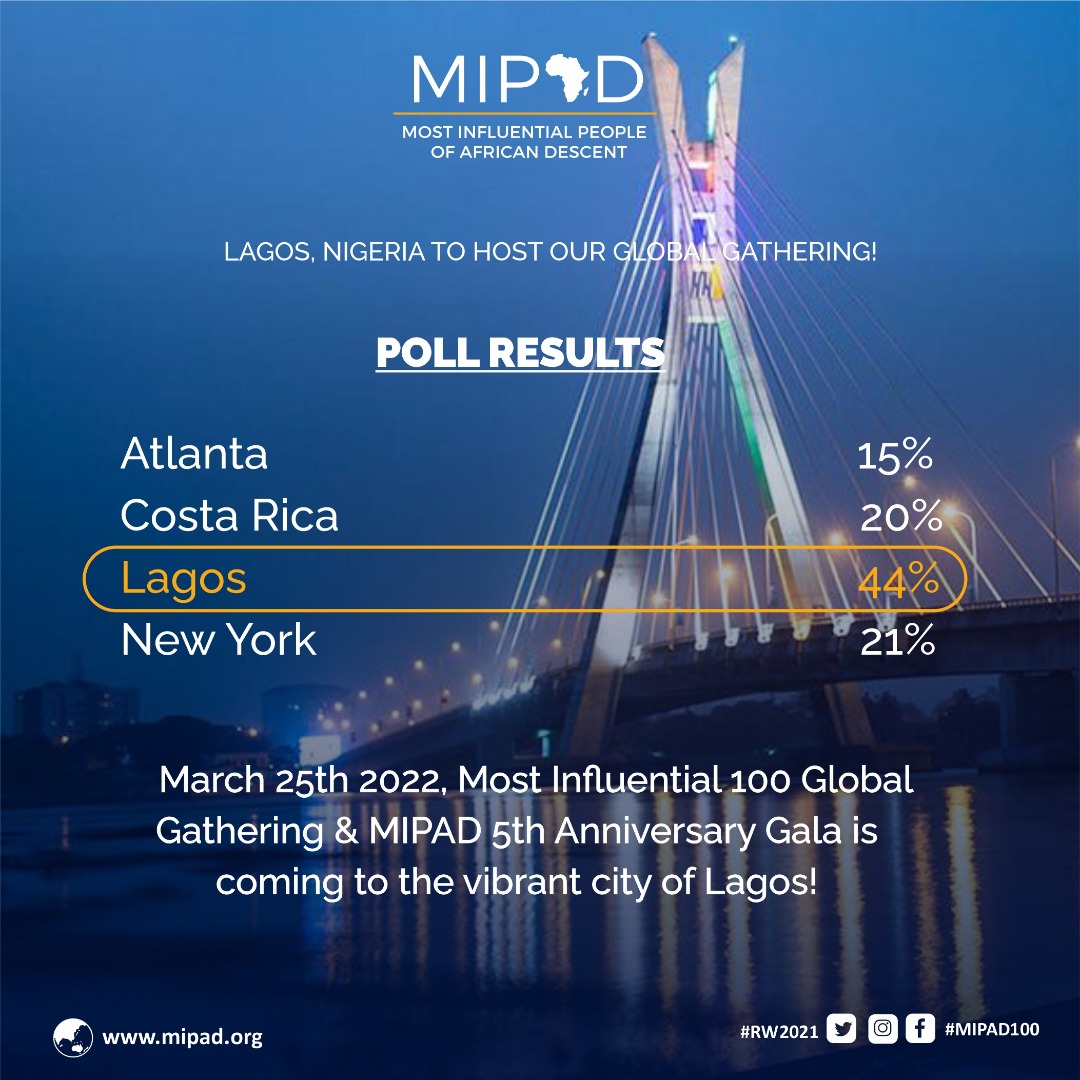