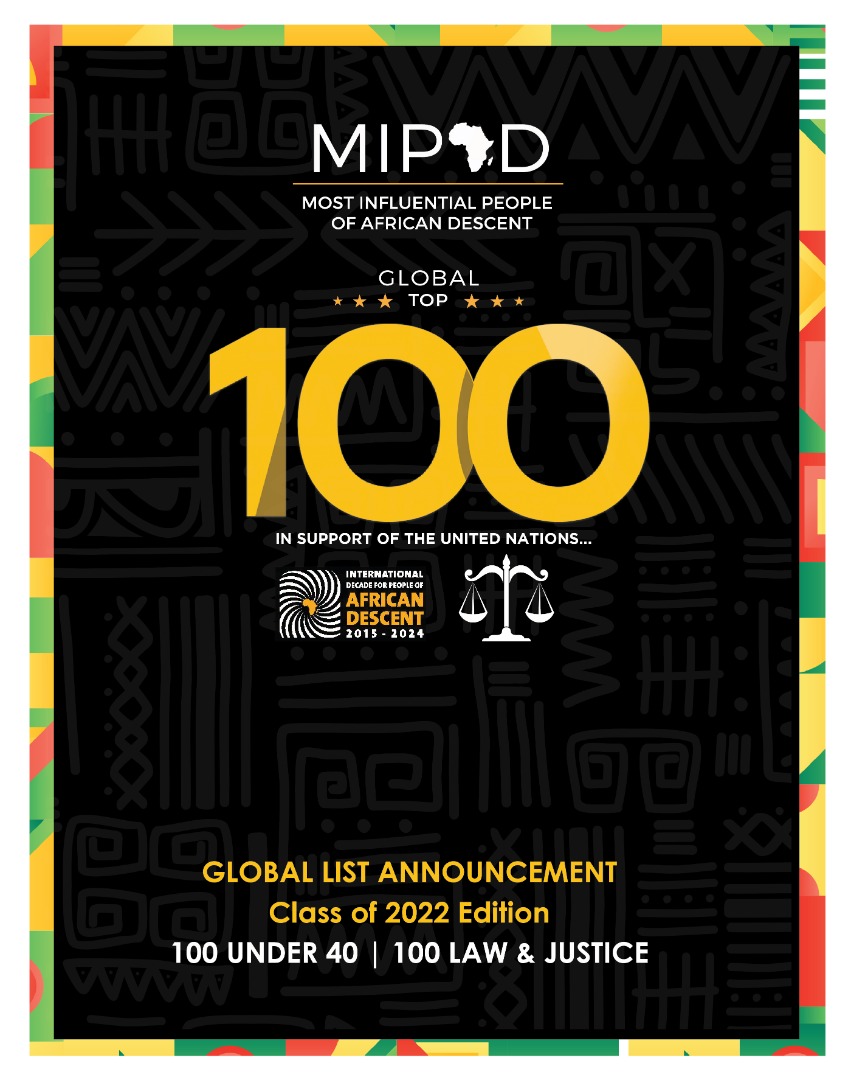 
(New York, USA: 2nd October 2022) The Most Influential People of African Descent (MIPAD) Recognition and Awards Ceremony was held on Sunday, October 2nd 2022, following the opening of the 77th United Nations General Assembly (UNGA). MIPAD honored outstanding personalities and high achievers of African descent from around the world during Recognition Weekend 2022 for their positive contributions to humanity. MIPAD will unveil two global 100 lists of Most Influential People of African Descent – in the LAw and Justice Edition and the 100 Under 40 Edition.

The ceremony which is sponsored by WarnerMedia News & Sports had honorees given official Certificate of Recognition as MIPAD celebrates five years of working in support of the International Decade for People of African Descent (2015 to 2024) as proclaimed by the UN General Assembly Resolution 68/237. “We are particularly excited to begin the relationship this year when MIPAD is engaged in activities relating to the UN Year of the Creative Economy,” said Johnita Due, SVP and Chief Diversity, Equity, and Inclusion Officer for WarnerMedia speaking on the partnership, who went on to say, “We are thrilled to partner with MIPAD in recognition of the remaining three years of the UN’s proclaimed International Decade of People of African Descent to support the contributions of people of African descent worldwide.”

This year’s theme – Celebrating Five Years Of Telling Global Black Stories of Excellence, Authenticity and Passion – comes at a time of unprecedented truth-telling, as the African diaspora demands to be heard amidst far-ranging political and social change. We will be highlighting and celebrating five honorees, five organizations and five governments who have distinguished themselves in the advancement of people of African descent worldwide.

Kamil Olufowobi, Chief Executive Officer, MIPAD, said that the global lists are in continuation of the group’s effort towards highlighting and showcasing the positive contributions made by people of African descent worldwide. “This celebration is a milestone year in MIPAD’s journey. “MIPAD working in support of United Nations and in partnership with a leading global media company like WarnerMedia sets the stage for us to further amplify global black narratives to showcase the many untold stories of our struggles and triumphs in every corner of the world, sometimes in unexpected places and high positions,” he added.”